Spring Farm Alpacas have just got back from the South of England Show 2018. Firstly, a huge thank you to all the people who have helped make it possible for us to have such a successful show – Chris, Danielle, Coral, Millie, Tony.

So we took 9 alpacas to the South of England Show and were delighted with the results> We were especially pleased that Phoenix – who we bought last year from Herts Alpacas – took reserve champion black male. 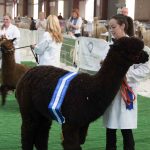 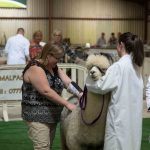 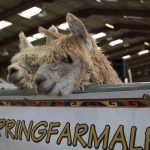 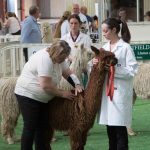 Coming for an alpaca walk here at Spring Farm also

After our walks, we take our guests to meet the mu

Delivering alpacas might take a tad longer in futu

If you can’t wait for Strictly... #springfarmalp

Very clever! In case spit happens...hats off to @k

This is Wizzard. Hoping to join the walking team s

Alpacas are the most colour diverse animal there i

Our first “meditation with alpacas and llamas”

Thank you so much to all those who have come alpac

Not sure if I told you his name. This is Sofia’s

Some alpacas feel they were born to be featured on

Alpaca crias are just so full of life - especially